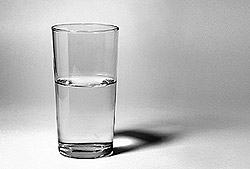 In another corner of the World, also on October 5th, we celebrate the fall of Pinochet. It was on 1988 when the regime ingenuously called for a public consultation about the continuity of the dictatorship. They were confident on the triumph, but people said another thing, fought against electoral fraud and finally the dictator was defeated . The slogan of the opposition campaign was something like: “Chile, happiness is coming”. Another slogan was “He will fall” (like gotov je).

And he fell, but happiness never came at all. The hangover was terrible and long. It took years and a couple of generations to recover, but nowadays the country is absolutely different. In perspective, Chile is another country.

There are still debts in terms of justice, equity and governance. Pinochet died last year without being condemned by justice (another coincidence). Economically Chile is successful, but there is a huge social gap. Chile is a democracy, but imperfect, incomplete. Just an example: the communist party has around 8% of the votes at the national level and they don’t have a single seat in the parliament.

There are still hundreds of judgments for human rights violations. There are still important corruptions cases open. Just an example: two days ago the whole Pinochet family and closest collaborators were arrested because a financial fraud in the 80´s. (as simple as public founds to private accounts). The widow and the 5 children (one of them called Marko) were arrested. Not bad, but take in consideration that it was 19 years after “happiness is coming”.

Let me tell you my experience in Serbia as a regular visitor. My first time in Belgrade was like a black and white film. It was 2003, just a few weeks after Zoran Dindic was assessinated. Everything was sad. The city, the people, the faces. I felt like in a post nuclear Soviet Union. Everything black and white. “No hope, no future” could be the synthesis of my impressions. For some reason I felt home in that sad landscape. Probably because it took me to my own experience

Then I came back every year and I could see how things have changed. I can understand the skepticism and frustration that most of you feel, but consider that 7 years of democracy is nothing after 50 years of communism, 11 of milosevicsm and so on.

Chilean transition has 19 years and we still feel uncomfortable with our democracy. But, and this is the important point, there are new generations that grew up in democracy and this is the key, as Cvijus pointed out.

I was in Belgrade last spring and I could say, 7 years after October the 5th, that Belgrade is completely different. Suddenly the city looks more open, sexy and beatifull. People seems to have normal problems, faces looks happier. I know you could list an interminable list of urgent and serious problems that shadow my optimistic observation. OK, but please accept that your lives have changed significantly in these 7 years, for better. In Chile we used a metaphor for this discussion. A glass of water (or beer, or rakja if you prefer). The glass is half of rakja, then you can see the glass half empty or half full. It is up to you, but the amount of rakja is the same.

Serbia is a bubble that needs to exploit. Serbians urgently need to travel abroad and receive foreigners. After Kosovo, I think "the Visa problem" is the most important challenge for serbian democracy.

Beyond the date coincidence, both transitions have a lot of parallels, in spite of geographic and cultural distance. After all, the glass is fuller than empty and things are a bit better. Never enouph, of course. It is just the beginning.